Propaganda Platform “Qabar – Extreme Music PR” is gradually broadening its rosters. Ceremonial Black Metal quartet, LUSTRAVI, from the North Florida Panhandle has made an alliance with Qabar for the PR/Promotional task of the recently released debut full length, ““Cult of the Blackened Veil”.

The band was founded in 2014 by Morgan Weller (vocals, bass). With the majorly Christian demographic of the Southeastern United States, finding band members that were comfortable with the idea of the Occult proved to be a more difficult task than expected.  Eventually Morgan found the right people with Geoffrey McWhorter on guitars (ex- Death Before Dying, ex-Koffity), Zachary Cook on guitar (Cemetery Breed), and Cory Keister on drums. This four piece was able to catch the attention of Obscure Musick, whom they signed to shortly thereafter. The band then their first split album (featuring War Inferno FX, Vesterian, Neldoreth, Havok 666, and Rectal Collapse) as well as an Obscure Musick compilation and a cassette release through Obscure Musick and Impious Cassettes.

Lustravi  released their debut full length album in May of 2016 titled, “Cult of the Blackened Veil” which was mastered by Juan “Punchy” Gonzalez known for his work with Nile, Morbid Angel, Terrorizer, and many more. The 11th tracked album was released via Obscure Musick. Lustravi is an extremely active band that plays throughout Florida and the surrounding states.  They were featured on Black Kult Fest in Miami in October 2015.  Tours in support for Florida’s The End featuring former Death guitarist Rick Rozz are in the works along with other dates around North America.  They are also going to be featured on Communion of Darkness fest in Spartanburg, South Carolina. 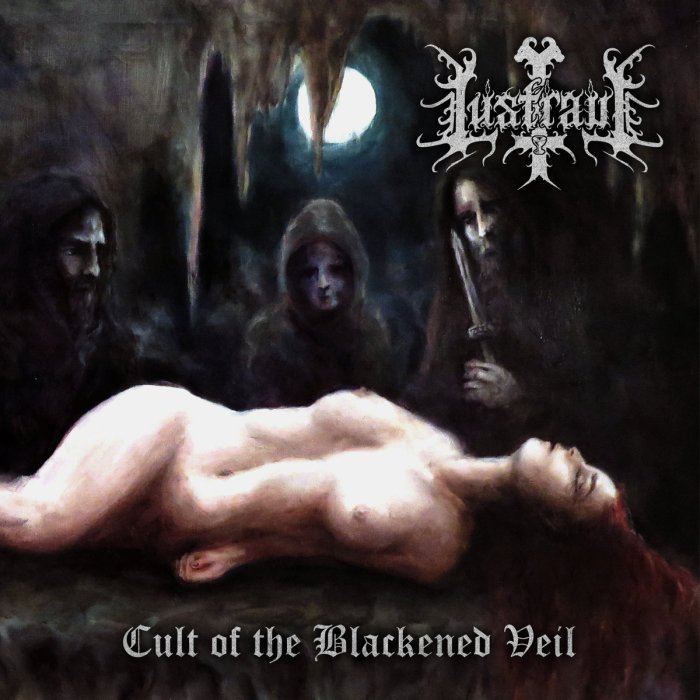 The band shared the stage with acts such as: Vital Remains, Acheron, Abysmal Dawn, Ne Obliviscaris,  The End, and Secrets She Kept. The band has the privilege to work closely with Corey Athos (Flesh Consumed/ex-Deeds of Flesh), Juan “Punchy” Gonzalez (worked with Morbid Angel, Nile, Terrorizer, etc), and Michael Grim (The End).

“A female frontman who plays bass and vocals in which you think she was being tortured even though she has complete command over the crowd. Lustravi has a vision and no one can stop them. Great musicianship throughout the released tracks. Memorable riffs and an extremely solid drummer that fills in spots with interesting fills when called for. It’s hard to classify them under one genre even though considered black metal.” –Corey Athos